When you run a job in Jenkins, it generates a console output at run time which can be seen during a build. There are some cases when you run a build on Jenkins and you need to read the console output in Jenkins in a log file during the build. This may be due to any reason such as you want to extract a file from a virtual machine or dockerized container after the build completion.

For sake of convenience, we have used groovy for our Jenkins pipeline script.

In order to read the console output created during a Jenkins job build, we can create a stage to keep the script separate from the actual Jenkins job.

The below script uses two functions writeFile and readFile, which are provided in Jenkins by default.

How to use the pipeline script

This is a reusable code block for Jenkins read console output during a build.

In order to read the console output in Jenkins, All you need to do is copy and paste the code as a stage in your pipeline script. After the build is run, a file named buildConsolelog.txt will be stored in the home directory of your project. 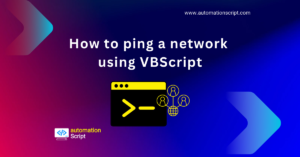 FacebookTweetEmailShares0 You can ping a network using VBScript. Yes, you read it right. We don’t know how many times we must have the necessity to…

FacebookTweetEmailShares0 Suppose that there is a webtable on the page and you have a column name. Now if you want to get the column index…

FacebookTweetEmailShares0 Given the popularity of cloud technology, knowing How to integrate Selenium with Jenkins pipeline has become very important. Jenkins is the most famous tool for…

FacebookTweetEmailShares0 To read an XML file using Java, you can use the javax.xml.parsers.DocumentBuilder class and its parse method. Here is an example of how you… 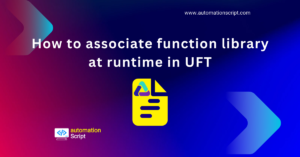 FacebookTweetEmailShares0 In order to read write excel file in Java and APACHE POI, we can use this method which uses FileInputStream, and XSSFWorkbook to get…